“There is nothing that gives more assurance than a mask.”
(Colette)

“Look, there’s no metaphysics on earth like chocolates.”
(Fernando Pessoa)

“After eating chocolate you feel godlike, as though you can conquer enemies, lead armies, entice lovers.”
(Emily Luchetti)

“Halloween is the one night a year when girls can dress like a total slut and no other girls can say anything about it.”
(Lindsay Lohan, Mean Girls)

“There is nothing funny about Halloween. This sarcastic festival reflects, rather, an infernal demand for revenge by children on the aduItworld.”
(Jean Baudrillard)

“I’ll bet living in a nudist colony takes all the fun out of Halloween.”
(Charles Swartz)

“They that are born on Halloween shall see more than other folk.”
(Saying of unknown origin)

“Being in a band you can wear whatever you want – it’s like an excuse for Halloween everyday.”
(Gwen Stefani)

“On Halloween, the parents sent their kids out looking like me.”
(Rodney Dangerfield)

“Eat, drink and be scary.”
(Desconocido)

“A grandmother pretends she doesn’t know who you are on Halloween.”
(Erma Bombeck)

“Witch and ghost make merry on this last of dear October’s days.”
(Desconocido)

“Nothing on Earth so beautiful as the final haul on Halloween night.”
(Steve Almond)

“There are nights when the wolves are silent and only the moon howls.”
(George Carlin)

“There is something haunting in the light of the moon; it has all the dispassionateness of a disembodied soul, and something of its inconceivable mystery.”
(Joseph Conrad)

“If a man harbors any sort of fear, it makes him landlord to a ghost.”
(Lloyd Douglas)

“Once in a young lifetime one should be allowed to have as much sweetness as one can possibly want and hold.”
(Judith Olney)

“Acting is like a Halloween mask that you put on.”
(River Phoenix)

“True love is like ghosts, which everyone talks about but few have seen.”
(Desconocido)

“Eye of newt, and toe of frog, Wool of bat, and tongue of dog, Adder’s fork, and blind-worm’s sting, Lizard’s leg, and owlet’s wing, For a charm of powerful trouble, Like a hell-broth boil and bubble.”
(William Shakespeare)

“I see my face in the mirror and go, ‘I’m a Halloween costume? That’s what they think of me?”
(Drew Carey)

“Proof of our society’s decline is that Halloween has become a broad daylight event for many.”
(Robert Kirby)

“I would rather sit on a pumpkin and have it all to myself than be crowded on a velvet cushion.”
(Henry David Thoreau)

“Halloween is huge in my house and we really get into the “spirits” of things.”
(Dee Snider)

“This Halloween the most popular mask is the Arnold Schwarzenegger mask. And the best part? With a mouth full of candy you will sound just like him.”
(Conan O’Brien) 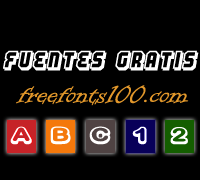 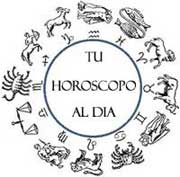